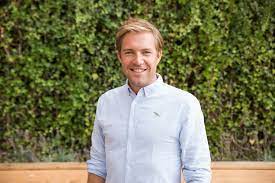 Why we did not become ‘the new Spotify’
I would do it all again.

For the past three years, I’ve been working on the development of a new music service, POPPED. Initially, I ticked all the boxes for another start-up fairy tale: quit my amazing job at Sony Music where I got to travel the world with major artists, waived my company card, lease car and KLM gold status to chase thunder and change the way people listen to music. And guess what? We failed!

Of course, failing in the end wasn’t what we hoped for at the start and I’d therefor like to share some of our key insights and learnings, hoping to save others the mistakes we made and challenges we’ve encountered.

Music. After eat, drink, sleep, repeat it probably is the most primary need in human life. Today’s world is full of music and the internet connected us to an overwhelming amount of music one couldn’t possibly listen to in a single lifetime. So where to start?

“Start with a problem worth solving, not a solution” –Ash Maurya

Many of you will be familiar with this advice, as it’s preached by lots of innovation mentors and start-up advocates. However, it really is less obvious than it seems when it comes to implementation. Most founders start with a seemingly great idea. I had a brain fart of starting ‘Tinder for Music’, and already before there existed 20 equivalents of this idea. I participated in an innovation contest within Sony and worked on the first version of POPPED with a development agency, spending serious cash and expecting at least a million downloads at launch. Not much happened. Why? I was lacking focus and built everything based upon what I thought would be cool to use. But was I solving a problem? And did people care?

My boss at Sony urged me to focus and offered me the chance to entirely focus on POPPED’s development. Together with Roland (CTO) and Booy (CMO, curator) we entered a programme at Rockstart in October ’15 to rethink our value proposition. We started by interviewing people extensively about their music listening behaviour, and each answer was followed up with ‘Why?’. Consumer feedback showed us that the shift in consumption from ‘ownership’ to ‘access’ introduced a whole new problem: paradox of choice. If literally everything is at your fingertip, then what to pick? Unlike music fanatics who love exploring the extensive offer on streaming services like Spotify, Apple Music and Soundcloud, more lean back listeners drown in the ocean of content, ending up playing the same playlist over and over again, or putting the radio on.

We went back to the drawing board, with a clear problem to solve and directions for a possible solution from our interviews in mind. We stripped all elements we could possibly delete from existing services and created the simplest music service in the world, after radio. Our MVP was born.

“Do things that don’t scale. If you can’t cope with your demand anymore you’re in a good position and will find a way to start scaling.”
— Paul Graham (loosely translated)

We thought we had a good grasp on what people wanted by interviewing them extensively and decided to start building on our (technical) solution. However, developing a solution is not a guarantee that your product will meet their demands. Customer satisfaction is. We learned that people have conscious and unconscious needs, realistic ones and unrealistic ones. Ideally, our target users would want a radio simple listening experience, adapted to their personal taste, mood and activities without needing to provide any input. Abracadabra! Because this demand seemed sheer impossible to us, we started bridging our users’ needs with what we could offer them. And that’s where we started making mistakes.

“You’re not building an app, you’re building a business. And you need to be consciously working on every aspect of it.” — Sander van der Blonk

One of the first advices our mentor gave us when we started our three-months-acceleration-programme at Rockstart in Amsterdam. He insisted to have us think about our business model, as he felt companies that spend millions on growth without any revenue model won’t last long. One of the executives at Sony, still stakeholder in our business, urged us to ‘focus on growth’ first, but as soon as he saw the amount of money needed to proceed with our development he asked how we would establish return on investment.

We tried to work our heads around building a business proposition that would be sufficiently compelling to attract new users, and yet be interesting enough to close deals with the major labels and leave profit for our own projections. We came up with a €4,99 per month subscription model after a first month of free trial. Roland (CTO) and our front-end developer Daan spent 2 full months building an entire Digital Rights Management structure, which was mandatory for offering major label content to consumers on a third party platform. And by the time we were ready to release, we had spent 80% of our development time and budget on stuff consumers wouldn’t notice.

Although the insinuation in the headline above wasn’t exactly our goal, the one thing we didn’t lack was press attention. On the day of our release we hit nearly every major press outlet in the Netherlands, by simply calling each editor personally in the two weeks building up to release and asking them to cover our story. Of course Sony backing us was a benchmark that may have helped here. The excitement around finally being available in the App Store and all the attention was short but sweet. Very soon we started analysing our user funnel and recognising specific elements in the funnel that needed to be optimised. We had tested our service for three months with approximately 1k users, but mainly focused on bug fixes and the algorithmic performance of the app. Now, with new users coming in who didn’t know about us before, we clearly saw that our onboarding and retention processes needed improvement. People were interested to try out our app and the CPI (cost per install) rate was fine, but most of them bailed out as soon as they saw POPPED wasn’t a free service, or tried it once and never came back again. Those users who did use it for a while most of the time weren’t sufficiently hooked to consider paying €4,99 a month. POPPED just wasn’t yet exciting enough.

“Build something people really want. Then worry about the rest.”
— Paul Graham

POPPED was built upon all requirements the major labels gave us. We had spent many hours becoming eligible for streaming their content, while we could have saved tons of time by simply ripping a bunch of songs from the internet, creating a basic interface and start testing whether people would like the service and ultimately might consider paying for it. We could have given 20 test users matching our target audience profile a paid Spotify account and create five playlists for them, based on their mood. We could have tweaked these lists every day based on their feedback, delete songs they didn’t like and add new ones based on their feedback and taste. We would have learned whether they would actually listen to these playlists, what it would take to understand a user’s taste, what could be improved and even whether they would be prepared to pay for this curation service, by asking them for a modest fee. Without building anything. Agreed, this wouldn’t have scaled, but who cares? We could have simply scaled by building the app at the point we couldn’t cope with handling personalised playlists anymore. And we would have saved serious time and money. Now our product wasn’t right, we were out of money and our hands were tied by the content owners, stopping us from being able to pivot to a proposition that made all the elements fell in one place. It’s the one thing I would definitely do different on a next entrepreneurial adventure; developing your solution seems important and fun, but it’s a trap if not based around actual validations on the core elements of your solution.

“Love the promise, keep it simple, could be mainstream, one round too early for us, raise from Angels.” — Niko Bonatsos

Where our developers spent ages on building our technical infrastructure, I wasted entire weeks pitching for investment. Our pitch deck was well set-up, I had done extensive research on what needed to be in and spent quite some time on the design to make it look professional. After making a list of potential Angel investors, informals and early stage funds, I sent introductions via e-mail and followed up until I would get a response. Lesson one was to only hit for investors with a focus in the business your operating in, so in our case not fintech, marketplaces or business to business propositions. The second to find out whether someone would actually be in a position to invest before spending too much time on meetings. And the third lesson was that we weren’t ready yet.

“Don’t ask for an investment, sell an opportunity to make money”
— Oscar Kneppers

After ten meetings I could have stopped- I did about fifty. I found myself convincing investors to step in and with each meeting my story got better, smoother and more compelling. However, the result would remain the same; it only took longer before an investor said it was too early to step in. I told myself persistence would ultimately lead to investment, but doubts on our proposition were too consistent, the investment climate in the Netherlands is conservative and, even more important, I wasn’t selling an opportunity.

Build something people really want. I guess it all comes down to this. We shouldn’t have played by the rules. Nor should we have built a complicated and initially irrelevant infrastructure, or spent time convincing investors. We worked our ass off, believed in what we did, made a great complimentary team and were persistent enough to keep going. But we should have figured out a solution that people really wanted to use. Something they’d tell others about, because it makes a difference in their lives and is better than what they’re currently used to. No matter how bad it would have looked, scaled or unprofitable it would be. We would have figured it out. Because you can figure everything out, as long as people go mad for what you give them. That’s why people still smoke, drink and put silly pictures on Instagram.

I don’t regret a second of the adventure we’ve been through and couldn’t have learned a tenth of what I did in the job I gave up to do so. I can genuinely say the past years have been the best in my career. Never have I learned so much in a relatively short period, explored new elements of the music and tech industry and felt passionate about my day to day job. My two cents to anyone in doubt to take a leap: jump with confidence and make sure you learn as much as you can, for it will always be worth it then. Whatever my next adventure may be, I’ll surely benefit from these learnings along the way.

Relevant articles:
– Do things that don’t scale: http://paulgraham.com/ds.html
– Upstarts Rules: http://lefsetz.com/wordpress/2017/01/16/upstarts-rules/
– How Spotify is betraying its vision and why it will harm their growth: https://medium.com/@Duuuusty/how-spotify-is-betraying-its-vision-and-why-it-will-harm-their-growth-b70af946e214#.69c2hqsap
– Concierge MVP’s: http://scalemybusiness.com/the-ultimate-guide-to-minimum-viable-products/